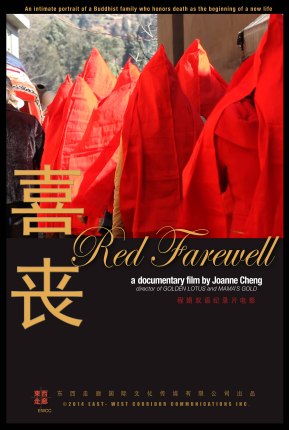 A poetic visual elegy celebrating life in time of death. The film reveals the elaborate rituals of a traditional Chinese “Happy Funeral” for a 104 year old foot-binding woman in Yunnan province, southern China.  An investigation on the secret of longevity tracing the wisdom of Buddhism.

Red, in Chinese culture, is the color of happiness. Funeral or death ceremony, which every human being will duly embrace, is often seen in white and black. Red is forbidden unless it is a “Happy Funeral” 喜丧. Here in Yunnan province, southern China, for such privileged occasion to happen, the deceased must not only be over 100 in age, but also be blessed with a natural death and most importantly, with good fortune: health, happiness and a big family. So when the centenarian has lived life to the fullest, his or her passing calls for a celebration. No weeping, no wailing, only best memories. Our heroine, the 104 year old Ms. Wang Zhan Shi, had one more grave challenge to conquer-footbinding since the age of 6. Thanks to her faith in Buddha and her enduring strength to defy destiny, she left us a legacy of hope and triumph over adversity. This story records the last 24 hours of Grandma Wang’s journey into the next life on April 4th, 2014, and how her 42-membered family honored her in laughter and in tears while sharing with us the secret of her longevity. Old Xing Yi Village where grandma Wang once lived gradually disappeared too due to demolition for modernization, as witnessed by filmmaker Joanne Cheng during the nine years (2005-2014) of making this film.

Joanne Cheng is an award-winning Chinese American filmmaker known for her intercultural documentary trilogy- Intimate Portraits of Contemporary China: CHINA GOLD RUSH (2000); MAMA’S GOLD: The Orphans of Shangri-La (2003) and GOLDEN LOTUS: The Legacy Of Bound Feet (2006).  Born in Beijing, Joanne Cheng worked as an English speaking journalist / anchorwoman for China Central Television (CCTV) before immigrating to the United States in late 80s to advance her study in communication arts and filmmaking. As an Associate Professor of Cinema and Television, Cheng taught film aesthetics and production courses in both New York and Beijing since 2005. Cheng’s new films include C/O BUTTERLY – A Rhapsody of The Womb (2014) and RED FAREWELL (2015). Cheng has been the writer, director and producer for all her films often tackling taboos, exploring gender dynamics, cultural traditions and celebrating female freedom. 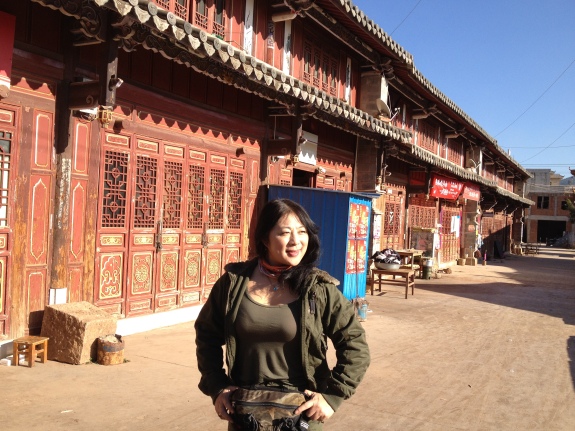