A customized training  session on film Arts and Culture was given to 100 festival volunteers on March 19th at Beijing Foreign Studies University (BFSU)  by Joanne Cheng, intercultural filmmaker,  director of BFSU’s Communication Arts Center (CAC). Another group of volunteers at Beijing International Studies University also received training by Cheng who prepare them  to ct as cultural liaison for this inaugural film festival (April 23-28, 2011) in Beijing.

For many, understand the film language will enable them to better serve the cinematic masters from around the world, said Cheng, a New York-Beijing based assoicate professor of Cinema and Television.  Since most of the volunteers are language majors, Professor Cheng presented some of the most celebrated sequences in film history, such as Un Chien Andalou by Luis Bunuel and Salvador Dali, Landscape in the Mist by Theodoros Angelopoulos, and Dreams by Akira Kurosawa.

Getting in touch with the spirit of a film is the key said Cheng, movie making is a process to discover truth through artistic storytelling. We need to really take ourselves out of the comfort zone to really search for the true self. Cheng shared her thoughts with  a roomful of gradutes, many still in search for career direction after graduation. Cheng said, Let the film festival be a turning point in your life. 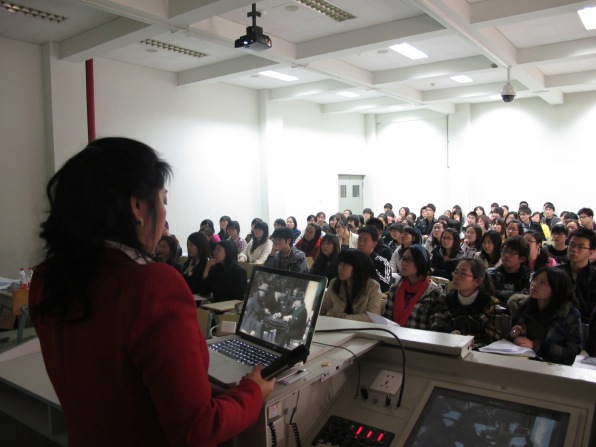 The students were thrilled by Cheng’s dynamic lecture in English. We are more than pleased with Prof Cheng’s presentation, said Wang Wei, organizer of the volunteer program for the festival.

Some of the volunteers will be accompanying VIPs and film stars from around the world during the festival. Prof Cheng also gave instructions on cultural differences and tips in catering to the possible needs of the directors. 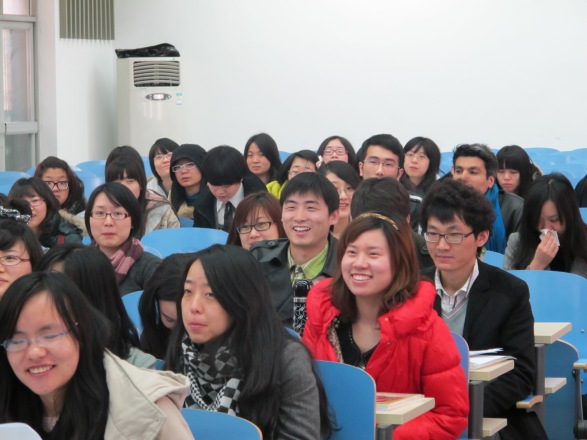 preparing for the shoot in subway 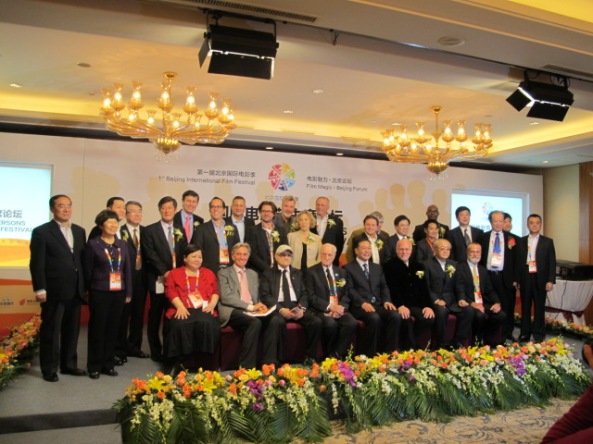